Sumya Anani’s twenty year career as a professional athlete, college fitness professor, aerialist, and international yoga and fitness instructor culminated in her 2010 founding of Learning2Fly, a community fitness and spiritual center for people of all ages in the Kansas City area.  Her special interest in children has inspired innovative youth programs and parent-and-child activities at the center.  She is an accomplished aerialist and has incorporated the fun and flair of circus arts into her work. 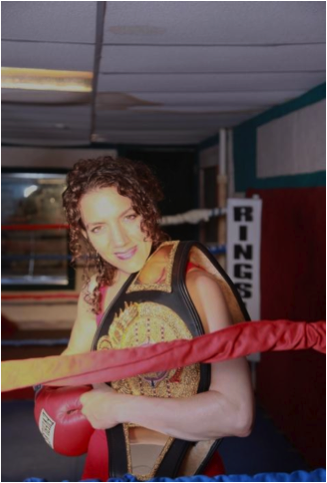 Through her study of the health, fitness, and yoga, Sumya has developed and articulated her own concept of seven key elements of health.  Her “7 Habits of Health” are embodied in the Chakra-based program which guides her teachings and are the foundation for CHAKRA CIRCUS™.

Sumya is a well-known personality and fitness expert in the Kansas City area and beyond.  She has been featured in many local and national TV news and current events programs (see Media page, Sumya.com).  She is a sought after speaker and has hosted health and fitness oriented radio shows.

She finds time to contribute to formal educational processes as an Adjunct Professor of Physical Education at a Kansas City area community college.  She conducts regular youth camps at Learning2Fly.  Her passion for guiding people to develop better habits of health has inspired her to write articles and columns for local, national and international publications.  Articles featuring her seven habits of health have appeared in The Campus Ledger, Yoga Chicago, Yoga Magazine US and Yoga Magazine UK.   Her creative approach motivates people of all ages and physical abilities along sound paths to physical, mental and spiritual health.  She radiates inspiration and enthusiasm in her classes and workshops.